As we enter a new year, transactions put on hold are coming back to life, and M&A will have a significant role in shaping the recovery to come.

Join Datasite, FT, and our expert panel for this on-demand replay of our live webinar as we look ahead to what the year will bring for the Americas M&A market. Together, we explore the risks and opportunities that this new deal-making environment poses, including: 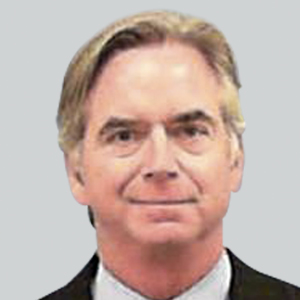 Michael is Co-Chairman, Global Mergers & Acquisitions in the Investment Banking Division (IBD). He also advises clients considering strategic and financing activities in the industrials, healthcare, natural resources and consumer sectors. Michael is a member of the IBD Executive Committee. Michael joined Goldman Sachs as a partner in 1998 in the Mergers & Acquisitions Department in IBD. From 2000 to 2004, he was based in Hong Kong as head of Investment Banking for Asia Ex-Japan. Upon his return to New York, Michael became co-head of the Industrials and Natural Resources Group. He was named head of Mergers & Acquisitions for the Americas in 2011 and served in that position until assuming his current global role in 2015. Michael has served on the Partnership Committee, the IBD Client Business Standards Committee, and the Asia Pacific Management Committee. Prior to joining the firm, Michael was a managing director at Salomon Brothers Inc where he was head of the Global Mergers & Acquisitions Group. Michael earned a BA from Wesleyan University in 1980 and an MBA from the Wharton School of Business in 1985. 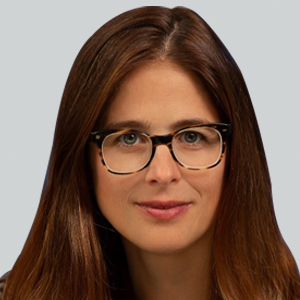 Ashley S. Evans is a Principal in Carlyle’s Technology, Media, and Telecom group based in Menlo Park. She primarily focuses on buyout and growth equity investments in enterprise software businesses. Ms. Evans is currently a member of the boards of ZoomInfo (NASDAQ: ZI), HireVue, TriNetX, and Veritas. Since joining Carlyle in 2006, she has also been involved in the firm’s prior investments in Kinder Morgan (NYSE: KMI), PQ (sold to CCMP) and Veyance (sold to Continental). Prior to joining Carlyle, she worked at Morgan Stanley, where she focused on financial institutions banking. Ms. Evans received her MBA from Stanford University’s Graduate School of Business, where she was a Siebel Scholar and an Arjay Miller Scholar, an MPhil from Cambridge University, where she was a Knox Scholar, and an AB summa cum laude from Harvard College, where she was elected to Phi Beta Kappa. She is a founder of the SynGAP Research Fund, which accelerates medical research on SynGAP, a debilitating genetic epilepsy.

Harry E. Sloan is a successful international media investor, entrepreneur and studio executive. His entrepreneurial spirit has been a guiding force, leading him to identify key investment opportunities with significant returns for his partners. Over the past nine years, Sloan has raised more than $3 billion in the public markets to invest in creating new businesses in the media, technology and other industries. Throughout his formidable career, Sloan has also been responsible for the creation or sponsorship of three successful public companies, including New World Entertainment, SBS Broadcasting, and Lionsgate Films.

Today, Sloan -- along with partner Jeff Sagansky, a former President of CBS Entertainment and a one-time co-president of Sony Pictures Television -- successfully create funds to invest in global industries that are transitioning in the digital era. Under the banner of the Eagle Equity Partners II, LLC, Sloan has been a founding investor of Global Eagle, Silver Eagle, Double Eagle, Platinum Eagle, Diamond Eagle and Flying Eagle.

In April 2020, Sloan and his partners, after raising more than $400 million in Diamond Eagle, SPSC Number 5, successfully led a merger with online sports betting platform DraftKings and SBTech into Diamond Eagle. The Financial Times noted that after the closing, DraftKings, as a public company, now has an enterprise value of $12 billion, making it among the most highly valued company to be listed through this type of merger this year. Following on this success, Sloan and Sagansky launched Flying Eagle Acquisition Corp. (FEAC), their sixth public acquisition vehicle, and completed a $690 million IPO. In September, FEAC announced a merger with Skillz, a leading mobile games platform, in a deal which values the company at $3.5 billion with backing from Wellington Management, Fidelity Investments, Franklin Templeton Investments and Neuberger Berman.

Prior to launching the Eagle public acquisition vehicles, Sloan was named the Chairman and CEO of MGM in 2005, one year after a $5 billion private equity buyout of the studio. During Sloan's tenure, he led MGM to revive the James Bond, Rocky and Pink Panther franchises and created a partnership with Peter Jackson and New Line Cinema to produce three Hobbit movies. Sloan also rebuilt MGM's theatrical, television distribution and marketing units. He launched numerous MGM basic television channels throughout the United States as well as internationally. Sloan also led the MGM effort to successfully launch the Viacom-Lionsgate joint venture, U.S. pay TV channel EPIX in 2009. Sloan officially left the studio in 2011 to launch Global Eagle Acquisition with Sagansky, which marked their first investment fund.

One of Sloan's biggest career achievements was his founding of SBS Broadcasting in 1990 with a personal investment of $5 million. Over the next decade, he built SBS into the second largest broadcaster in Europe, with 16 television stations, 21 premium pay channels and 11 radio networks, reaching 100 million people in nine countries. He led the company's initial public offering in 1993 and sold SBS for $2.6 billion in October 2005 to Permira and KKR. Sloan was also one of the founding shareholders of Lionsgate Films in 1999 and served as Chairman of Lionsgate's Board from 2004-2005.

Prior to founding SBS, Sloan was Co-Chairman of New World Entertainment Ltd., which he purchased for $2 million in 1983. Over the next three years, Sloan expanded the independent movie production company into television production and distribution, and New World became the third largest producer of U.S. primetime television. He led New World's initial public offering in 1985, acquired Marvel Entertainment Group in 1986, and sold the business in 1989 to Ronald Perelman for $270 million.

From 1976 to 1983, Sloan was a practicing entertainment lawyer with Sloan, Kuppin and Ament, a law firm which he founded in Los Angeles. Sloan received his B.A. degree from UCLA in 1973 and J.D. Degree from Loyola Law School in 1976. In 1987, Sloan was appointed by President Ronald Reagan to the President's Advisory Council on Trade and Policy Negotiations (ACTPN). He currently serves on the UCLA Anderson School of Management Board of Advisors and the Executive Board of UCLA Theatre, Film and Television. 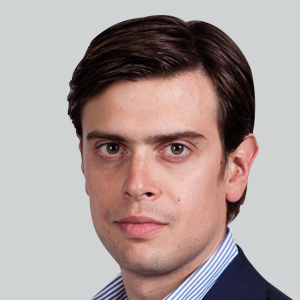 James Fontanella-Khan is US corporate finance and deals editor at the Financial Times covering deals across America. Previously he worked on Lex and as a correspondent in Brussels, New Delhi and Mumbai. He started his career at the FT in London on the news desk in 2005. He graduated at Science Po, Paris. Along with Arash Massoudi, he is the co-creator of the FT’s premium corporate finance briefing called Due Diligence. 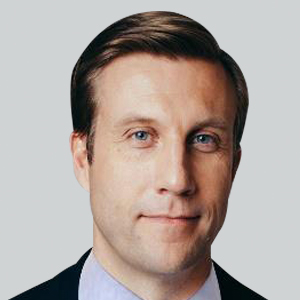 Mark Williams is Chief Revenue Officer, Americas at Datasite, a position he has held since 2015.

In his role, Mark is responsible for setting and executing the sales strategy across the region, including leading over 130 sales representatives and sales leaders across the United States, Canada and Latin America. He is based in Charlotte, North Carolina.

Prior to joining Datasite, Mark held several sales leadership roles in a variety of SaaS companies. Most recently, he served as Chief Revenue Officer at SmartFocus, a cloud-based digital marketing platform provider. Prior, Mark was Vice President of Sales for Kno, an Andreesen Horowitz backed Education Technology startup, acquired by Intel.

Mark graduated with a BSc in Mechanical Engineering from Humberside University, England.